In light of current circumstances, we have taken the decision for all staff to work from home without any interruption to our operations. Our office hours will be unaffected and our team look forward to helping with all enquiries. read more

What Does the Petrol and Diesel Ban Mean for Cars? 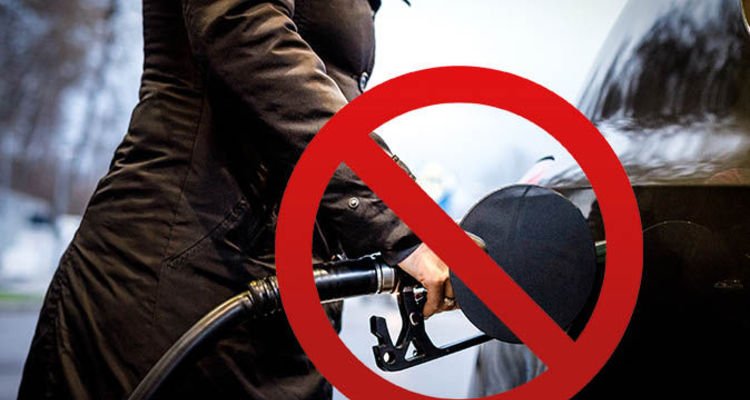 In July 2017, the British government announced that all new petrol and diesel cars will be banned in the UK from 2040. This was all part of the government’s £3bn clean air strategy to tackle emissions. For many motorists, this seemed to come as a shock due to electric cars having had only had a small increase in sales. Anyone monitoring the future of diesel cars knew the writing was on the wall after the Volkswagen Dieselgate Scandal.

Air pollution is the biggest environmental risk to public health in the UK, with it being linked to around 40,000 premature deaths in the UK. With statistics like this, action needs to be taken to fully curb the amount of nitrogen oxide gases in the air.

The original announcement came with some confusion as it wasn’t quite clear how the plan will work. Here we break down what this petrol and diesel ban means for cars, motorists and the car industry in general.

What has the Government said about the ban?

The announcement came as part of “The UK Plan for Tackling Roadside Nitrogen Dioxide Concentrations”. This report was produced by Defra (Department for Environment, Food and Rural Affairs) and the Department for Transport.

Alongside the headline ban on petrol and diesel cars and vans, they also announced a number of measures including asking local councils to come up with plans to improve air quality in their areas. The government has promised an extra £255 million to help put those plans into action.

The important thing to remember here is that the ban is on new petrol and diesel vehicles. If you have a conventional fuel car that was bought before 2040, you will still be able to use it.

The car industry itself is already moving away from petrol and diesel cars, and are constantly looking at alternative fuel vehicles (AFV). Hybrids, electric cars and hydrogen powered cars are now the technologies that car makers are investing in. Because of this, you will see more of these cars available from the likes of Ford, BMW, Mercedes-Benz and all the other top motoring brands.

Currently, because there are so few of these alternative fuel vehicles on the market, there is a heavy price to pay for them. The more AFVs that appear on the market, the more the prices will decrease. With more investment, the other issue of the distance electric cars can cover before needing to be charged, will also be addressed. While more charging points will be made available across the UK, the stress on the National Grid is expected to increase because of the increased and prolonged use of electricity that will come from electric cars.

Current hybrid cars such as the BMW i3, Hyundai Iqoniq and Toyota Prius will be exempt from the 2040 ban.

Will there be a scrappage scheme in place?

The consultation will also look at retrofitting (the process of fitting devices to existing vehicles to limit their emissions), subsidised “pay-as-you-drive” car club memberships and possible exemptions from any vehicle restrictions.

Are there any other plans the government is looking at?

There is a real push from government that the onus is on local councils to help make this clean air strategy a reality. The first of these being Clear Air Zones. These are typically created in city and town centres where certain vehicles are charged for entering this zone during particular times. Just recently, Birmingham announced they are currently taking consultation on clean air zones being introduced into their city centre.

The government have also suggested that local councils could look at changing road layouts, removing traffic lights and speed bumps (to reduce congestion) or upgrading bus services. As many options as possible need to be looked at by councils before resorting to charging motorists for entering particular areas.

Should I buy a diesel car now?

As long as your car meets the latest Euro6 emissions standards, you shouldn’t have a problem with whatever car you buy. It is easy to become suddenly cautious about buying a diesel car, as the government’s plans are vague at this moment in time. The treatment of diesel cars will be announced further down the line.

Will the value of used diesel cars plummet?

The future value of diesel cars is difficult to predict due to the vague plans of the government and how it will tax diesel cars in the future. If punitive taxes are introduced, then their value will plummet. However if a diesel vehicle does meet the Euro6 standard, then it is unlikely to suffer from any increased taxation.

Should I sell my old diesel car?

Until further information is released on the future of diesel cars, you should not panic about selling it. The oldest models will be most affected by the increased levels of taxation. However, the value of these cars will be low anyway, so any price drop will not be significant. If a scrappage scheme is introduced, then these are the models that will most benefit.

Should I buy a hybrid or electric vehicle now?

You should absolutely consider buying a hybrid or electric vehicle in the near future. With lower running costs, better fuel economy and lower levels of taxation they have huge benefits for any motorist. The benefits of electric cars range from their easy performance and near-silent running engines.

Historically manufacturers tend to introduce price increases prior to a registration plate change. We would strongly advise our customers to place their orders early to protect themselves from any potential price increases and to ensure an early 20 registered delivery.